What a great day we had for our Inaugural Jelly Roll Race in honor of the Indianapolis 500 later this month. Race Officials Sally S and Linda G, and Grand Marshall Chris B were on hand to run the festivities of the day.

Before the racers started their engines, local station WMQG introduced the drivers, the National Anthem was sung, and then Jim Nabors sang “Back Home Again”. Then the call for “Start Your Engine” was given and the green flag flew!

We had 25 drivers entered into the race but due to medical issues, 2 were taken to the “Infield Hospital” before the race even began. Below are the drivers at the beginning of the race, who would you lay money on? 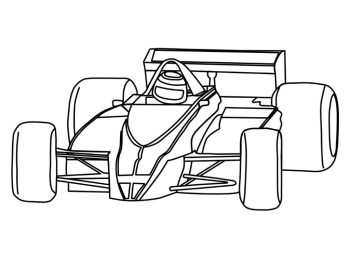 During the event we had some mishaps and mis-steps, but thankfully no one was injured.

Mary B created a new track, odd shaped, but it’s a loop.

Melissa S lost positions when her car went off the track.

Diane D had parts show up where no parts should be?

You could smell the rubber burning from the track as the racers went round and round, well actually, back and forth! Mellissa S who held the Pole Position was off to a quick start, but some mechanical issues put her back a bit.

Throughout the race the drivers were treated to prizes for answering trivia questions, the first of which was “Who won the first Indy 500?” Beth S was quick with the answer, Ray Harroun. The next question was “What year was the first race run”? Kim W finally got the answer after several wrong guesses were given. The final question was “Who won last year’s race”? And several racers shouted Helio Castroneves, it was too close to call, so Susan J offered the tie breaking question, “Who are the 4 time winners”? Answer-Foyt, Unser, Mears, and Castroneves. Obviously she wanted to win so chose a question she knew the answer to. It’s a competitive bunch!

Another prize opportunity were the Booby Prizes. These were given out to those who had issue while racing. Kim W’s wheels weren’t touching the ground, so she couldn’t get moving! OK, so her feed dogs had been switched off, but her pit crew got her running quickly. Barbara N had mechanical issues with her “vintage” car.

Concessions for the race were water, popcorn, and “Swiss” Jelly Rolls! Racer Susan J wondered where the beer man was. Sally S provided extra energy with checkered bags of chocolate!

Before long, it was obvious that drastic measures where going to have to be taken for the drivers to claim the prize. Melissa S, racing along side Sharon J, wondered if she could knock Sharon’s engine out by cutting her power source. Laurie F took off her shoes to get better traction on her pedal. Jan D was looking to the race officials for a ruling against the drivers, but no penalty’s were given.

As the racers came around the last corner, it seemed Sharon J had a clear lead, but Corinne P, the last entry into the race, took the lead on the last corner. And just like Rich Strike, the last minute entry who took the Derby, Corinne passed Sharon for the Checkers! The final results were:

When the race was finally called for time, 3 cars were still on the track, Barbara N, Kevin D, and Beth S, so they were sent home to finish their race. LOL!

The result of our first Jelly Roll Race is 23 quilt tops that will be finished by the racers, or the generous long arm quilters who offered their services, and donated for presentation to all the patients who end up hospitalized on Christmas Day in the Community Health network. This year long quilt making endeavor donates over 200+ quilts a year to this worthy cause. We decided this year to make a push for quilts by having a fun event to honor the Indianapolis 500! And what a fun event it was!

PS-A Big Thank You to these ladies who worked tirelessly to provide the Jelly Rolls from donated fabric in the Guild Store Room! Thank you to Nancy F, Linda W, Kerrie G, Lore W, Pat J, Sally S, not pictured is Linda G. They did a beautiful job putting together colorful Jelly Rolls! 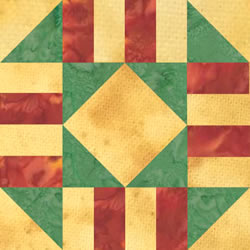